A Rush to Judgement

Rush Limbaugh puts his bigoted foot in his mouth yet again calling  Georgetown law student, Sarah Fluke, who spoke up about the birth control a slut. The comment is now coming back to bite him in his oxy cotton filled ass. Rush not only called the student a slut but referred to her as a prostitute because of her strong statements of birth control being covered by health care. Limbaugh has been lam-blasted and is starting to lose sponsors to his hate filled show and issues an “apology”. He didn’t apologize just restated the same mess in a different manner. We will see how long the backlash last as Limbaugh has made a career an ass. Read more about  Rush’s comments here:http://www.huffingtonpost.com/2012/03/03/rush-limbaugh-apologizes-to-sandra-fluke_n_1318718.html and tell us what you think in comments or @mediamyxx @akireshenri

Sick and Shut In

I want to apologize for the lack of updates. I have been so sick with fever and chill but I am back so please excuse the influx of stories you may have already heard but if Akires didn’t write it you didn’t get the full story anyway(winks). Thanks for all your support .

Eva Mendes released her sex tape video herself recently.  Seems interesting as many stars are trying to keep their sex tapes hidden.  Watch below and see if you like the Eva Mendes Sex Tape.  I did…

Was it worth it?

A crowd gathered outside of a Footlocker Store in Orlando, FL waiting for the new Nike Galaxy shoes suddenly grew hostile and a riot ensued.  Orlando PD report that the crowd, who were waiting for the midnight release of the shoe grew more and more rowdy and some of the crowd started pushing and the riot started.  Footlocker, who was planning an NBA All-Star weekend release of the shoe in cities across the county has cancelled all the events, fearing the public’s safety.  Nike, who is not new to having riots over their shoes, has yet to release a statement. The shoes below show a black shoe with a galaxy design, and they glow in the dark!  I guess that’s what all the hoopla was about.  Oh and another tidbit of information, the shoes retail for $220.  Look at the shoes below and tell me, was it really worth all of that? Leave a comment or hit us up @mediamyxx or @akireshenri 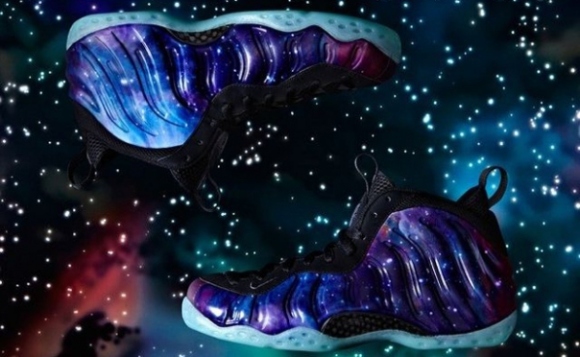 On the heels of he and Rihanna’s duets and an all out twitter war following the Grammy’s, Chris Brown is back in the news.  Sources report that after leaving a Miami nightclub, a young woman tried to take a pic of him with her I-phone.  Not happy with that, reportedly Chris snatched the phone and fled the scene.  Well ofcourse the young woman went right to the police and filed a theft report with the Miami PD.  Chris Brown is now being accused of theft and could face 5 years in prison.  This string of unfortunate events in Chris Brown’s life show the need for people in a celebrities entorouge who are truly a voice of reason for the artist.  Often artist have “yes” people around them, this young man needs someone around him who will be a voice of sanity.  We will continue to follow this story and keep you updated. 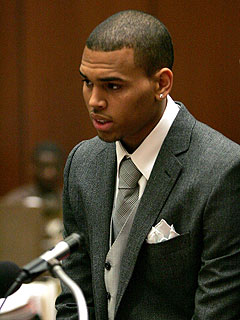 Has America lost her Soul?

America produces some of the best singers in the world, yet the problem is, these artists often find it hard to make it on the American music scene, that is so image driven. Case in point, Jasmine Sullivan.  Jasmine, a musical prodigy was completely turned off by the  image driven music scene so much so that she took a self-imposed sabbatical.  Many soul artist, who make music that touches the soul and consciousness of America are often overlooked for much less talented, machine backed artist.  Many of America’s best soul artist are taking their talents to Europe and other countries who appreciate the talent of these singers.  For example, D’Angelo, who is now clean and sober and is making his comeback where, Europe.  Yet, with all the talk of the tragedy of Whitney Houston, D’Angelo can be used as an example of an artist who lost their way as is now back better than ever.  Erykah Badu, who is a musical genius, is often reduced to smaller venues in America, but recently performed at the Sydney opera house.  America is truly losing her love of soul, and that means more talentless, colorful artist will fill the airwaves with autotunes tracks and overly sexed videos that take our attention from the real artist who belive in musicality.  I guess it’s time to go abroad and get my soul back.

Mediamyxx Review: Estelle “All of Me”

On February 28, Estelle releases her sophomore album All of Me.  Estelle’s first single from the album, “Break My Heart,”  which features Rick Ross,  rose to number 33 on the billboard singles chart and created some buzz for the new album.  After previewing the album, I can say Estelle has created an album complete with great music.  From start to finish there are catch mid-tempo songs which will certainly keep one listening.  The only issue with Estelle’s new album is that there are no certified “bangers” on this album.  While the album is full of catchy songs, there is no one or two songs that the listener will want to buy the album just to hear.  Estelle has some great collabos with artist such as Chris Brown and Trey Songz, Janelle Monet, and Rick Ross among others; yet this album is at best forgettable.  While we love Estelle here at mediamyxx, this album does not move us the way her other work has.  We give this albums 2 out of 4 spins.

= potential to be a banger

= classic album, this one needs to be in your repertoire. 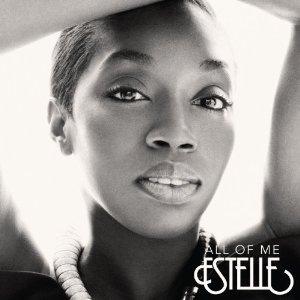 Bobbi Kristina may have be high after her mother’s funeral

This is how you honor a legend Part 2

As Whitney Houston’s funeral is televised and streamed live around the world, we here at mediamyxx.com continue to honor Whitney’s life and musical legacy.  Sasha Allen is another example of how Whitney’s music is her legacy and if how much her music has impacted the world.  Listen to Sasha sing “I will Always Love You” below and tell us what you think @mediamyxx and @akireshenry

What if Chris Brown were white?

Let me first preface this post by saying, there is no intent to stir up a racial controversy; nor does mediamyxx.com condone Chris Browns actions.  Yet we do know that everyone has demons in their life, and who are we to continue to judge someone.   After the Grammy’s several celebrities took issue to Chris Brown’s win and performance; including country star Miranda Lambert, who tweeted ”

“Chris Brown twice? I don’t get it. He beat on a girl…

Not cool that we act like that didn’t happen. He needs to listen to Gunpowder and lead and be put back in his place. Not at the Grammys.”

Yet let’s ask the question, if Chris Brown were white, would the outrage over his domestic violence be so scornful three years after the incident. Let’s look at some “other” men who have committed the same crime and discuss how the media treated them as opposed to Chris Brown.  First, let’s look at Sean Penn.  He married Madonna in 1985 and in 1988 plead guilty to misdemeanor domestic violence against Madonna.  In 1991, Penn was back to directing films and in 1995 nominated for an Oscar. There was little backlash against Penn and he continues to be regarded as one of the most prolific actors of our time.  Now example two, Motley Crue drummer Tommy Lee, who served 4 months in jail for domestic violence.  In the police report, then wife Pamela Anderson described how Tommy Lee beat her and even kicked her while she was holding their son Dylan.  The media dismissed the incident as Tommy Lee being a bad boy and he went back to making music and touring.   So again, if Chris Brown were white, would he receive the same backlash as he is receiving now.