We Are Living in The Last Days

We are in a global crisis as we continue in economic downturn, food prices are soaring and according to black women journalist the most troubling of all….. Michelle Obama answered Beyoncé when asked who she would be for one day if she had to choose anyone. I wish I could say I am just playing and that some of us are not that pretentious and self-righteous they actually feel they can tell The First Lady who SHE can and cannot like but delusion know no bounds. Apparently Michelle Obama has to be careful who she calls a role model because by saying she thinks Beyoncé is one she is sending the message to young girls that its ok to shake your booty in “scantly-clad” clothing. I mean let’s think about the horror of your daughter being like Beyoncé. She would own her own business, produce her own songs, have her own companies, and she would date a man for 7 years before marrying him to start a family. Here I was thinking bath salt zombies , unemployment, congress trying to strip the rights of women were things to look out for but thanks to Keli Goff and Demetria L Lucas I am now realizing how desensitized I was to the real issues at hand. Again I will say you writer monkeys have got to get over your complex with Beyoncé. She earned her spot like you earned hers you continue to look silly trying to slut shame a married woman and you look even more pretentious trying to slut shame Michelle Obama by default. If you don’t like Beyoncé fine it’s ok you have the right to your opinion however you do not have the right to your own facts. One thing I know for sure I am pretty sure Beyoncé  will leave her house and The Root, The Grio and The Clutch will probably find a way to tie that move to the downfall of black women in society as we know it and Beyoncé will continue to rise above it.

Earlier this week we posted a letter Beyoncé wrote to the FLOTUS about her being a great role model and how blessed her daughter is to live in a world where Michelle Obama resides. Well Mrs. Obama took to twitter to let the the Icon know the feels is mutual. Mrs. Obama tweeted Beyonce “@Beyonce Thank you for the beautiful letter and for being a role model who kids everywhere can look up to. –mo,” . Not to be left out of the love fest Aretha Franklin got in on the love fest for Ms. Bey and thanked the diva for her wonderful birthday wishes tweeting “Aretha Franklin ‏ ArethaFranklin Beyonce You go girl!!! And also, thanks for the Birthday Wishes, it was a HAPPY 59th!!!”. It must feel nice to have legends and game changer to tweet you , salute you and co-sign your awesomeness.

It’s that time of year again when we honor our mothers , even though Mother’s Day is in May we know magazines come out a month in advance and Ebony is celebrating Mother’s Day with Michelle Obama and her mother Marion on the cover. Also in the magazine, in stores now, we have some of our most famous with their mom and children. Mediamyxx favorite Solange Knowles is featured  with her Mom, Tina Knowles and son Juelz in a cute write-up about their relationship and Tina’s relationship with Juelz. Look at the picture below and check out the articles in Ebony or over at Ebony.com. What do you think of the picture let us know in comments or @mediamyxx @akireshenri 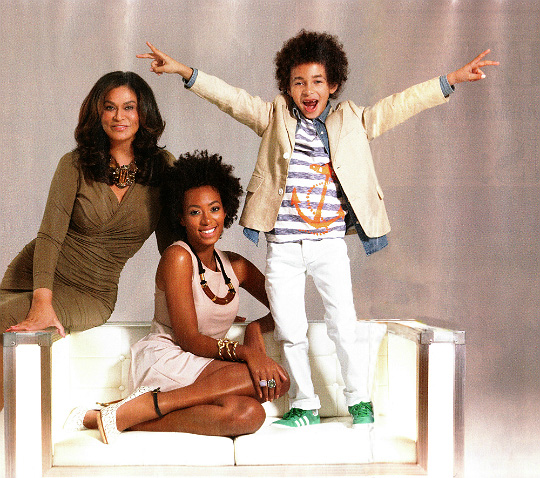 Life is But a Beach Chair

Aww it must be nice, Beyoncé spent the last week frolicking around St. Barts in the $960 Etro shirts she made a beach wrap celebrating 4 years of bliss with her and her hubby. The couple brought along family members for the festivities as Cousin Angie , Mama Tina, Sister Mickey and the nephews were seen in various pictures. The couple is rumored to have renewed their committment to each other. Beyoncé also released a hand written letter to the first lady of the United States yesterday on her website. I love that she hand writes her stuff verses being bound to 140 characters of twitter.  In the letter she wrote about her love and admiration of Michelle Obama and how happy she is her daughter was born in a world where she existed. Of course the twitter grammar police came out and tried to write tickets but the “wasp” were paid no mind. Back to the St Barts trip the fashion blogs are a buzz with the delicious looks we got from the trip and I am posting my favorite courtesy of the wonderful Fashion Bomb. If you like the look please go to fashionbombdaily.com to see the other wears the diva wore while vacationing. Tell us what you think about the look and the letter in comment or @mediamyxx @akireshenri 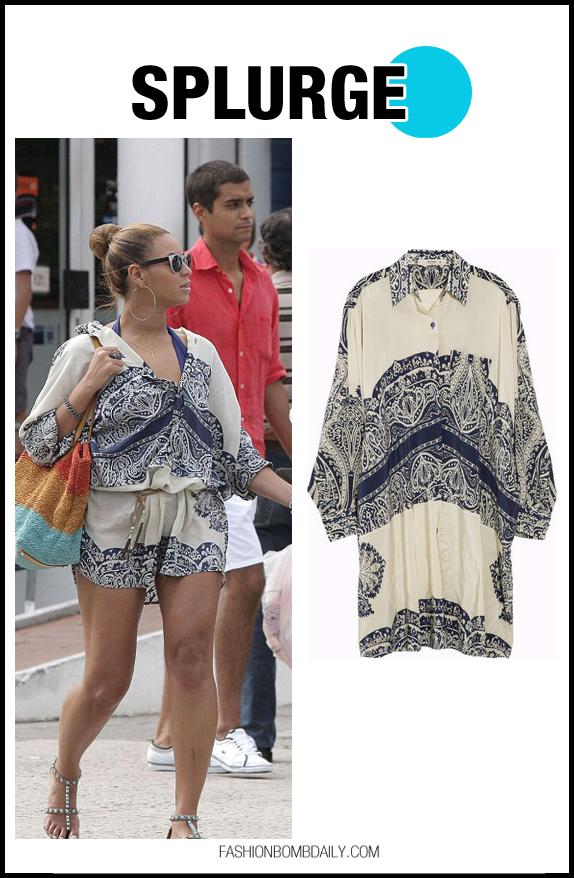 First Lady Michelle Obama lunched with the ladies for a fund-raiser and then hit up David Letterman where she was  told  by the host he is no Oprah. The pair had a lovely conversation about everything from her Joint Forces initiative to her dog  BO. She is so delightful and full of grace watch the interview below and tell us what you think in comments or @mediamyxx @akireshenri

S/N Malia Obama who was in Mexico with friends for Spring Break during the earthquake that hit yesterday is safe and unharmed, that is great to hear.

Queen Bey and her mother Tina, Mother-in -Law Gloria Carter and cousin Angie Beyince hit a fundraiser hosted by First Lady Michelle Obama. The luncheon, which was over 35,000 a plate, was held to raise money for the upcoming re-election for President Obama. Beyonce looked amazing in a Blue (of course) Victoria Beckham dress, Lavin necklace, Loraine Schwartz earrings and Nicholas Kirkwood shoes. Besides looking phenomenal at this event Beyonce announced today her first dates to perform since giving birth to daughter Blue Ivy Carter. The legend will perform during  Memorial Day in Atlantic City, NJ for new billion dollar property Revel Resorts. Tickets go on sale April Friday April 6. Look below for more info on the upcoming performances at http://www.revelresorts.com/. (photos:Beyonceonline.com)

Happy Birthday to the FLOTUS

Today is First Lady Michelle Obama”s 48th birthday and we here at Mediamyxx would like to wish her a very extraordinary day. The graceful First Lady is an inspiration to us all with her intelligence, effortless style and deep compassion. Mrs. Obama has held her head high despite the relentless criticism from the right for doing nothing more than being a loving wife and mother. We salute you here Mrs. O and hope your every wish comes true.

First Lady Michelle Obama has been the focus of controversy since President Obama ran for office. From her thesis papers written while a student a Yale , to her backside the media and Republican party have taken every effort to find fought with her. Now a new book is out written by NY Times reporter Jodi  Kantor named The Obamas. Mrs. Obama is depicted as not getting along with her husband’s staff and extolling her opinion as a silent adviser. Mrs. Obama went to Gayle King of the CBS Morning Show to the set the record straight. Click the link to  here to watch her graceful interview: